My sister Tawni’s son, Riley, with Madison & Blake laughing at us from our mom’s bed. He is two months younger then the twins and has been almost as long as they are the whole time! Madison is just higher up not that much bigger then them… Grandma’s little cuties. Only Gina is missing. Gina is 14. 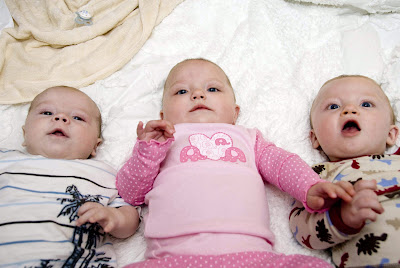 Ashlynn, Katie and Jax on their trampoline. They live in East Mesa. 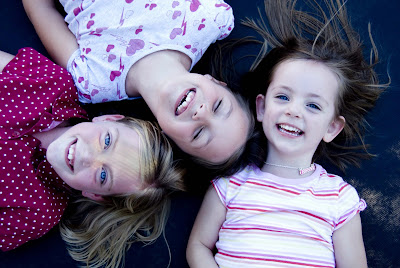 This is everyone who went to Sedona the first Sunday we were in Phoenix! I’m loving our crazy faces shot right before we headed back to Phoenix. It would be too hard to get every one’s name in here and anyone who would know them would know who was who anyway! 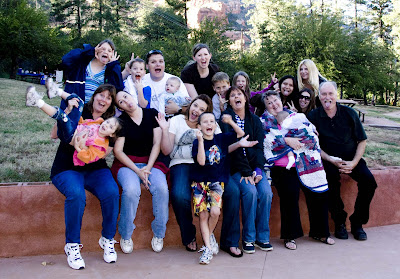 Lately I have been thinking an awful lot about being prepared for any unforeseen circumstances. This would be by having enough food and water on hand to sustain us if needed. Also some savings would be fantastic. What is really weird is how much I was thinking of it before there were at least 5 lessons, comments or whatever from church on the subject. But how would we successfully have any kind of food storage that would work with Guy’s food likes? So not sure. It probably means I need to take some time from editing photos to research what we could possibly store and use. Any good food storage should be used and rotated to keep the storage current and prevent waste.
I was inspired by the recent vendor fair Buttons & Bows had to make the kids beanies! It has been a few years since I crocheted anything. And since following a pattern is totally beyond me it usually takes me a few extra hours to make the first one and figure it out again. I pulled out a lot of Blake’s hat twice to redo it. It turned out just fine but a little too tightly done so it lacks a lot of stretch. In a couple of days it will be time to start Madison’s. Really I need to get back on the photo editing train!!! There are now three clients waiting on photos (none of which are late, and yes! I do have time to do schedule more shoots if you are not calling me thinking I am too busy…).
Last night I received one of those late night calls. As soon as the phone rang at 11:15ish I knew it would not be good news. Mum let me know that Corri’s husband had been beat up while taking out the trash last night and was rushed to the hospital. She also mentioned Melia is not doing well at all with doctors still unsure what her ailments are or what to do about them. Dad is also not doing really well, and mum doesn’t feel well either. There was some other not so good news I’ll skip sharing. Wow, we were just living in ignorant land out here in NC!!! Who knew so much was going on. Not us, well not really. Corri called me back this morning to say her husband has two broken ribs, a broken wrist, broken leg, maybe a broken nose, and a billion bruises. He is home just trying to get by. I really wish we or someone else in Guy’s family was closer to be with her right now.
Since yesterday was Sunday I felt perfectly comfortable working on our personal pictures when I had my few minutes here and there to work on them. Right now I have Blake sitting here with me trying to make me laugh successfully. He has learned how to smack his lips together and click his tongue against the roof of his mouth. He also has learned to smile with his eyes while looking out of the corners at me. His hair is styled in a little Mohawk today. Madison is waking up so I will need to sign off and go get her in a minute or two. Her hair is getting just long enough to show it will be wavy or curly! My guess is wavy based on Guy’s family. Mine has very little wave and no curls whatsoever to draw from. After her bath I fluffed her hair with my fingers and a little baby lotion to get the curls to stand up. It was adorable. I managed to get a couple of photos which are still on the camera. Sorry.
OK. We made a deposit today so I have solved my lack of online photo storage problems by having enough money to pay for more. I think I’m going with Flikr for now since it is unlimited until Blogger makes me pay by cutting off my blog from adding more photos. Then I will pay for the Blogger one too. Or I might just imbed images from Flikr if that works when my Blogger photo storage runs out. Anyone have experience with this? Sheesh I haven’t posted hardly any of the photos taken in the last 9 months since beginning the blog. Gotta grab Madison.