The dumb is that I thought going without pain pills of any kind would be fine. After being uncomfortable this morning I finally went and took some ibuprofen. It was actually kinda cool after surgery. The nurse helping me during my immediate recovery called me ‘amazing’ as I thanked him for his service after surgery. Right when coming out of the fog of anaesthesia he asked how I was feeling. It wasn’t too bad but a bit painful (4 out of 0-10). He mentioned they would get me some pain meds. After asking if the meds were narcotics, which they were, I asked him to see if there was anything non narcotic that would help with the pain. After a 1/2 hour or so they were able to get permission for me to get Toridal. This worked fine to take the edge off. It is so nice to be clear headed and able to think and converse. Overall I must have had my nice gloves on, because every single person who worked with me said something really nice about working with me or went out of their way to do something for me. One of the nurses worked 1/2 hour over her 12 hour shift just to get me some food since their food service was closed for the night.

Onto the funny. Yep, it’s a Guy thing again. Madison poops like clockwork every morning. She also has had runny poo since the day after she started the Nutramigen formula. This morning after she started her poo face (which cracks me up every day!) he pulled off her diaper and held her over the toilet where she promptly finished pooping! lol It was so funny to see this little bitty girl on the big toilet being held by her big old daddy as he is sitting there on the floor.

Today is an absolutely beautiful day! The temp is nice with a slight breeze. We have been sitting on the porch for over an hour. Oh yeah, and Guy is sick. That man can’t ever let me be ill or hurt by myself! Poor Guy, though, he looks so sad with his cold like symptoms.

I also need to revise my stance regarding dresses on babies. They have never been my favorite. BUT since it is summer time and no tights or other leg warming devices are required they are alright. Madison has a bunch of them she has started wearing which are quite cute. 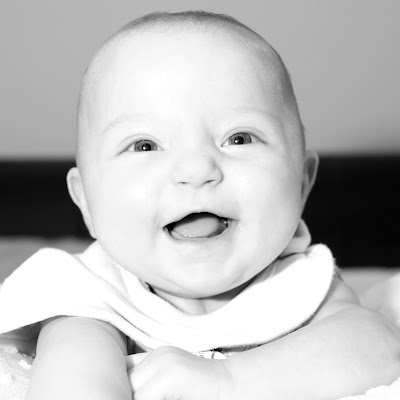 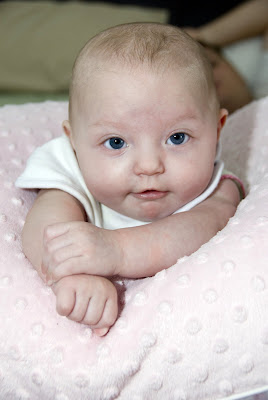 Guy saying not to take his photo on the porch today. 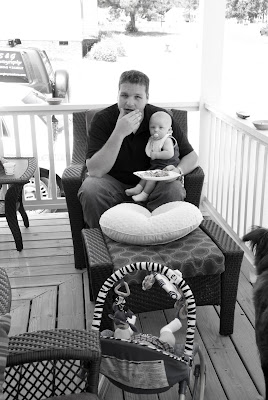 Blake being held by daddy 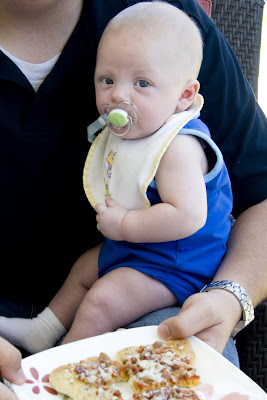