Hanna being the tropical storm that breazed by us a few weeks ago right before Ike did some major damage. Hanna had its fair share of damage too on a much smaller scale except I’m thinking the people directly impacted negatively don’t feel like it was a small punch. Our day with Hanna seemed like such a cool blog title for some reason. Though really it is a pretty ordinary title now that I think about it. Oh well, here’s a few photos of us on the front porch that day. Blake and Madison still love to be outside as much as ever. Yay for nature babies! 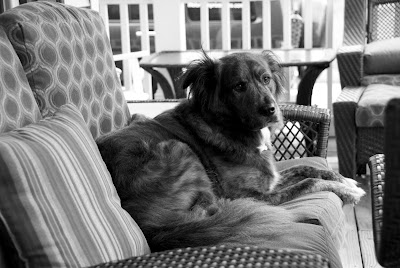 Madison, Blake and I. Totally forgot who I was talking to. I just remembered what happened that afternoon. The exersaucers were left on the porch. At the time there were only two flies enjoying the storm with us. Well, when the Simpson’s got here for photos they were covered with flies as I brought them into the house. YUCK. It must have been all the residual puke on them that hadn’t been cleaned super thouroughly. Should I admit that? 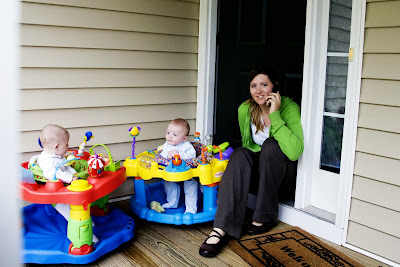 It is sooo great to have a deep porch to enjoy rain on. Sometime we have to hang right by the door if the rain is coming from certain directions, but there hasn’t been a storm yet we couldn’t sit out there during. 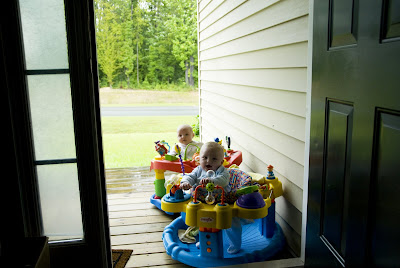 Here is a shot down the street showing the debris… lol There is a blow up swimming pool by the man walking to his mailbox. Since he didn’t pick it up I don’t think it was his. And it wasn’t ours because I called Guy at work to see if he had packed ours up before running down there since it could have been ours. Nope, Guy in his beautiful obsessive compulsive cleaning had packed it up like the Superman that he is! 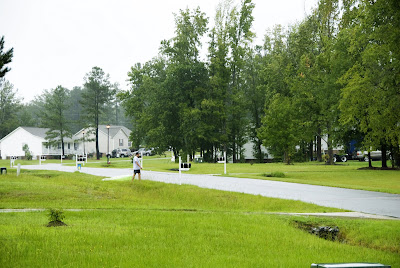 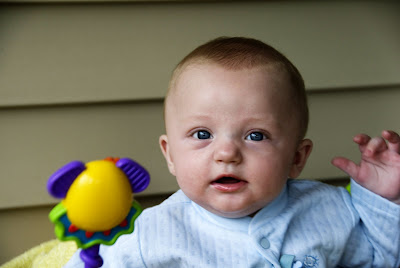 Madison going in for a lick. She still licks all the time. Now it is mostly just her hand. 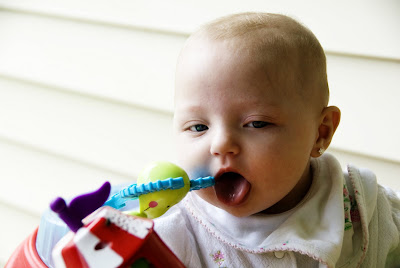